Is Crowdfunding Becoming a Tool of Evil? 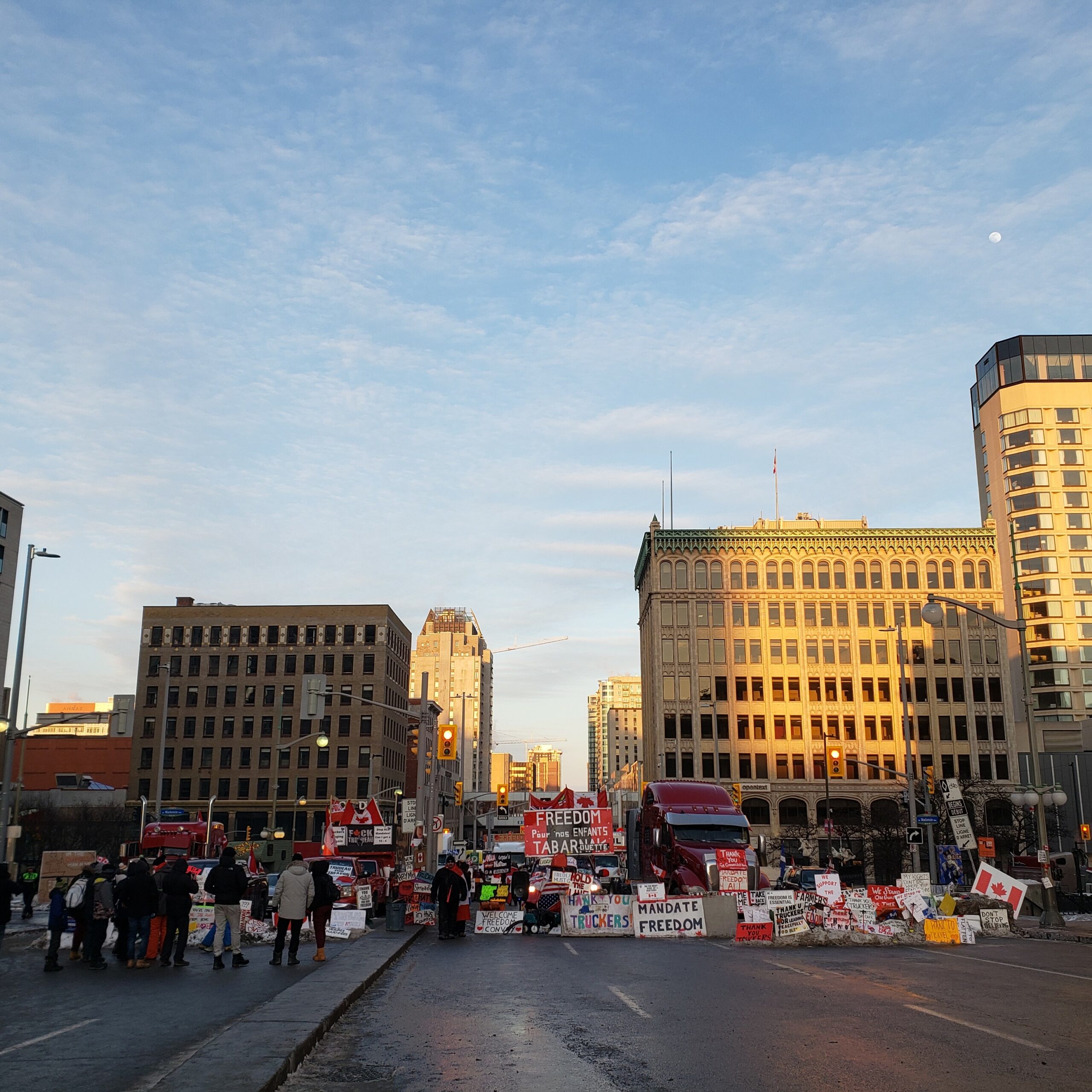 FEBRUARY 14, 2022 – The truckers’ “freedom protests” are getting worldwide attention. Yet these protests have robbed a lot of other people of their own freedoms, causing significant duress and disruption, wide-scale harassment, and are holding up movement of people and goods, while sinking the public discourse on the pandemic to new lows.

With that kind of attention, crowdfunding has come under scrutiny. Crowdfunding has come a long way in the last 15 years. It’s an effective way to raise funds by asking a large number of people to donate small amounts of money. Social networks make it easy to crowdfund for any type of charitable cause, creative project, business start-up or even personal expenses.

Not surprisingly, the attention received by the truckers allowed them to crowdfund some $10 million through GoFundMe, with significant foreign donations. Then, as the swastikas, confederate flags and debasement of the Terry Fox statue and War Memorial led to criminal investigations, GoFundMe stopped taking donations and began returning the money.

Great. That’s the right thing to do. But why take on campaigns like this in the first place, GoFundMe?

The truckers have since found a welcoming new crowdfunding site, GiveSendGo, a self-proclaimed Christian operation. You can “Adopt a Trucker” or give to the “Freedom Convoy” and some $10 million has been raised in just days. The GiveSendGo site was just hacked and the donation data leaked shows that only 39% of donations come from Canadians.

How Christian is it to support white nationalists and harassers? Why don’t we see high-profile pro-vaccination crowdfunding on this site? Isn’t the protection of life and health a most Christian thing to do?

Crowdfunding is a powerful tool which can do great work. In 2018, when the bus carrying the Humboldt Broncos hockey team tragically collided with a truck in rural Saskatchewan, a GoFundMe campaign raised almost $20 million for the families. #MeToo, legal defence funds, environmental stewardship – all are possible with crowdfunding.

Yet, crowdfunding is now showing an ugly side. And there’s the rub; people could crowdfund to prove the world is flat or that cigarettes are good for you. This makes it a powerful but potentially dangerous tool.

Crowdfunding is another means which encourages many opinions, some of them wrong-headed. It will once again test our ability to distinguish between right and wrong and even good and evil.

As Canada’s first crowdfunding platform, the Small Change Fund has enabled thousands of people to support many great causes they otherwise would never have discovered. But we don’t let just anyone in. We use a high standard of admission and actively limit who we work with.

We urge other crowdfunders to use strict screening methods to avoid raising funds for activities that end up being harmful, hateful, racist, or plain scientifically wrong. Moreover, crowdfunding sites shouldn’t hand over any cash until they know it’s not going to support those terrible things.

The U.S. Securities Commission regulates crowdfunding for business, including a limit on funds raised, a requirement for registered portals/brokers and maximum donation amounts.

We’re not suggesting that Canadian crowdfunding needs the same regulation. But it’s no coincidence that the wild west atmosphere of the Ottawa/Windsor occupations reflect the same lawlessness that crowdfunding sites allow by looking the other way.

So, we call on the House of Commons to hold hearings asking some key questions:

A poster carried by a protester is one thing. Millions of dollars in support, something entirely different.

Burkhard Mausberg is the President of the Small Change Fund.