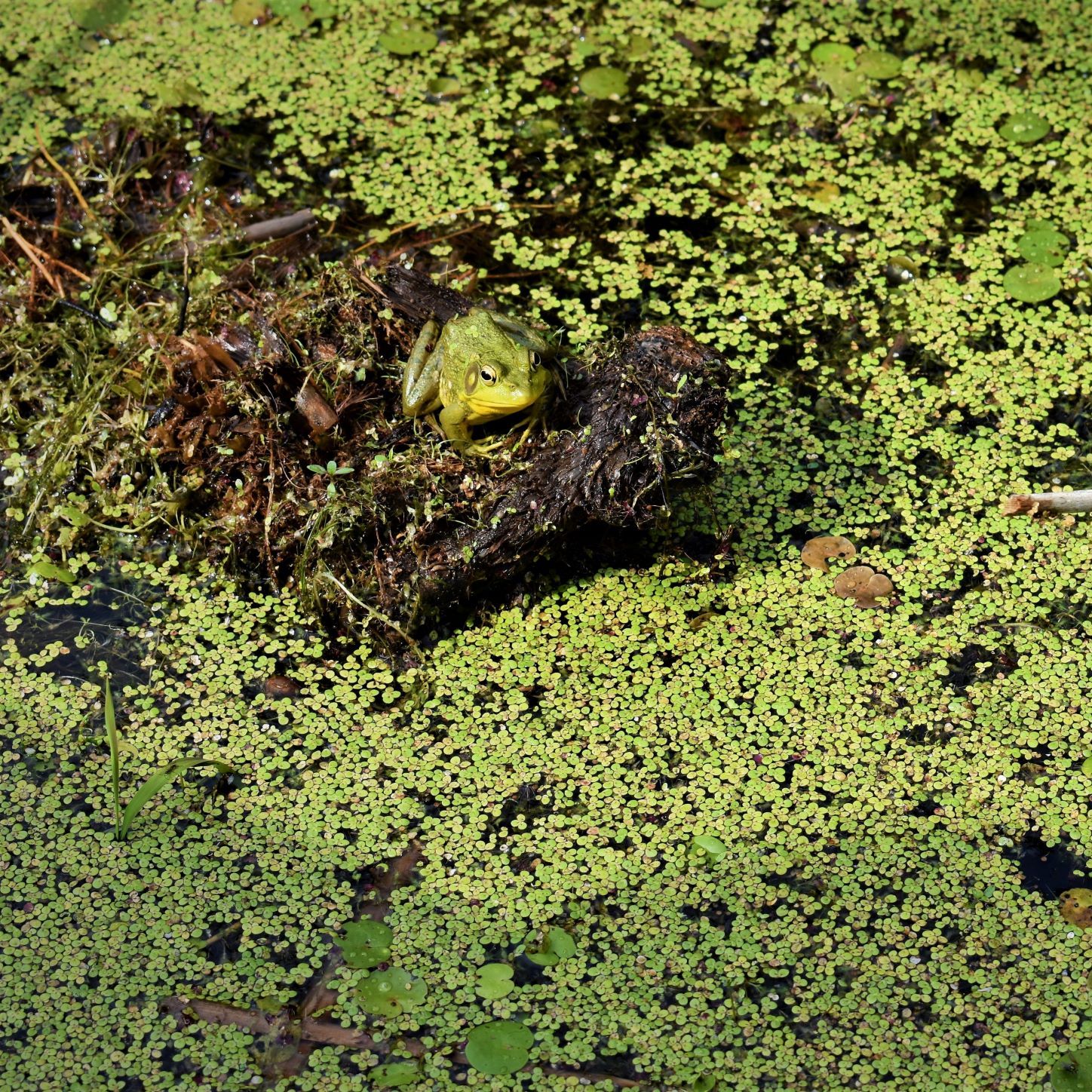 Bracebridge—A dramatic turn of events highlighted the end of the first phase of the Ontario Land Tribunal’s appeal of the proposed massive Muskoka Royale private school that, if built, would be the largest in Ontario. The South Bracebridge Environmental Protection Group Inc. (“Bracebridge Wetlands”) has appealed the Town of Bracebridge’s approval of the school location in a 179 hectare (approx. 442 acres) ecosystem covered in forest and significant wetlands.

On Wednesday, October 19, 2022, the ecologist for the Town of Bracebridge, Dr. Andrea Smith, reversed herself under heavy cross-examination, admitting that it was preferable to have a uniform 30 metre buffer protecting the numerous wetlands on the 179 hectare (approx. 442 acres) site. She admitted in her evidence she could not find scientific literature justifying either a 15 metre buffer, or the proposed 30 metre “average” buffer, which is not regularly recommended by ecologists in Ontario, and recommended changing the proposed by-law under appeal.

As a result, the Town’s planner Mr. Holmes admitted under cross-examination that the Town would no longer be supporting the requested 15 metre buffer to protect significant environmental features like wetlands and wildlife habitat – a major victory for environmentalists.

Under cross-examination by legal counsel David Donnelly, the ecologist for Muskoka Royale Mr. Gord Nielsen admitted that the schools, dormitories, driveways, parking lots and sports facilities will necessitate the destruction of
36,000 – 50,000 trees and destroy the vegetation on an area of 28 hectares (approx. 69 acres), equivalent to thirty-three CFL football fields.

“We’re thrilled with the results of the hearing so far and gratified that the truth has finally come out – 15 metre buffers are not acceptable for sensitive wetlands in Muskoka, as we’ve been saying to the Town all along”, said Michael Appleby of Bracebridge Wetlands.

“We’re also extremely frustrated that it took an appeal and heavy crossexamination of these witnesses to speak the truth to the Town – there’s never been any scientific literature of practice of using small buffers in Ontario. That should have been the Town’s position from the beginning, not dragged out of their witnesses on the last day of their evidence, we’re paying for these witnesses”, he added.

The unevaluated wetlands on the site are now the subject of a Ministry of Natural Resources and Forestry (“MNRF”) review, as Bracebridge Wetlands has long suspected they are Provincially Significant Wetlands. Despite numerous requests from Bracebridge Wetlands for this Ontario Wetland Evaluation System (“OWES”), the Town refused, even though the Ontario Government’s Natural Heritage Reference Manual, which states, “the planning authority [Town] should ensure a wetland evaluation is undertaken”.

Under cross-examination, the wetland expert for Muskoka Royale admitted he thought the wetlands on site are Provincially Significant Wetlands.

Inexplicably, despite being one of Bracebridge’s largest ever developments, Town Council did not have any evidence of how the loss of so many trees and vegetative cover would be consistent with the climate crisis, which every expert has called to date “an existential threat” to our planet.

Under cross-examination, the planner for the Town admitted there was “no documentation” concerning climate adaptation, resiliency or mitigation provided to Council before it made its decision to approve the massive complex. On June 29, 2021, Bracebridge Council declared a “Climate Emergency”, and further formally committed to “adding a climate action perspective on all decision-making, large and small”.

“Provincial policy and the Official Plans of both Bracebridge and the District of Muskoka all have strong policies on combating climate change, but none of these policies or climate change mitigation strategies were presented to either Council, and that is shocking in this day and age”, said David Donnelly, counsel to Bracebridge Wetlands.

“The Town’s own planner stated the development could potentially occur on one Precinct of approximately 10 hectares (approx. 24.7 acres), instead of on five Precincts spread across 28 hectares (approx. 69 acres), saving a lot of ecosystem damage that would also mean children could walk to school instead of taking a shuttle bus. To approve such a massive development, with an extraordinary loss of trees and vegetation without directly addressing climate change and how to do things better, in a more compact development, is a failure by Council and is very disturbing”, Donnelly added.

In a pleasant surprise for residents who care about climate change, Mr. Nielsen testified the proposed “Bracebridge By-pass”, an approved highway that would skirt downtown Bracebridge, would be “destructive” to the Town. Mr. Nielsen is a longtime Bracebridge resident. Residents are hoping the entire property will be saved from the proposed “Five Precinct” school proposal and highway.

The highway, approved by a Municipal Class Environmental Assessment in 2005, is scheduled to pass right through the Elementary School Precinct to be used by school children. Bizarrely, all the experts for Muskoka Royale and the Town were using the wrong map for years, which showed the By-pass avoiding the elementary school Precinct. Under cross-examination, the traffic engineer for Muskoka Royale admitted that the wrong map was being used to calculate road safety measures. Additional experts, including ecologists, servicing engineers, and planners had
similarly used the wrong map.

The hearing will resume in January 2023, when Bracebridge Wetlands will call their experts, including a retired MNRF biologist, traffic engineer and planner.