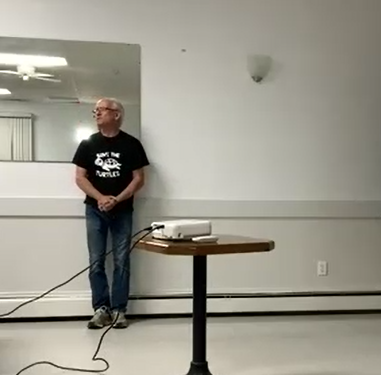 (Bracebridge, Ontario) A Town Hall Meeting hosted by local group Save Muskoka Turtles last Friday was well-attended, but not by any of the Bracebridge and Muskoka councillors who were invited.

Save Muskoka Turtles formed earlier this summer in response to the Fraserburg Road Project – an imminent threat to three species of Ontario turtles and their habitat. The Town Hall Meeting was to educate Muskoka residents about the turtles, as well as creating an open dialogue with local councillors.

“Not a single representative bothered to show up and listen to the people who voted for them and pay their salaries,” says Burkhard Mausberg, president of Small Change Fund, a national charity partnering with the group. “They completely brushed aside this chance to talk to their constituents and see our perspective on the issue.”

The Fraserburg Road project proposes to pave over 1,000 feet along the road shoulder and the South Muskoka riverbank. It will permanently destroy the habitat and nesting sites of three key species of Ontario turtles: Snapping Turtles, Painted Turtles and the endangered Blanding’s Turtle.

Tax-deductible donations can be made to support the protection of the turtles and their habitat here. More information, including how to contact your local councillor, is available at SaveMuskokaTurtles.ca. 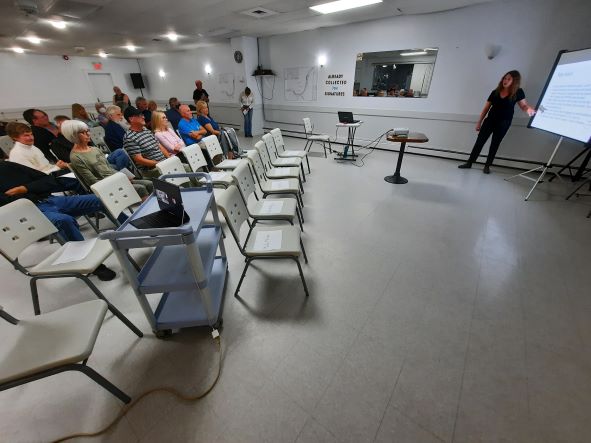 The front row seats were reserved for area councillors but disappointingly remained unfilled throughout the meeting.