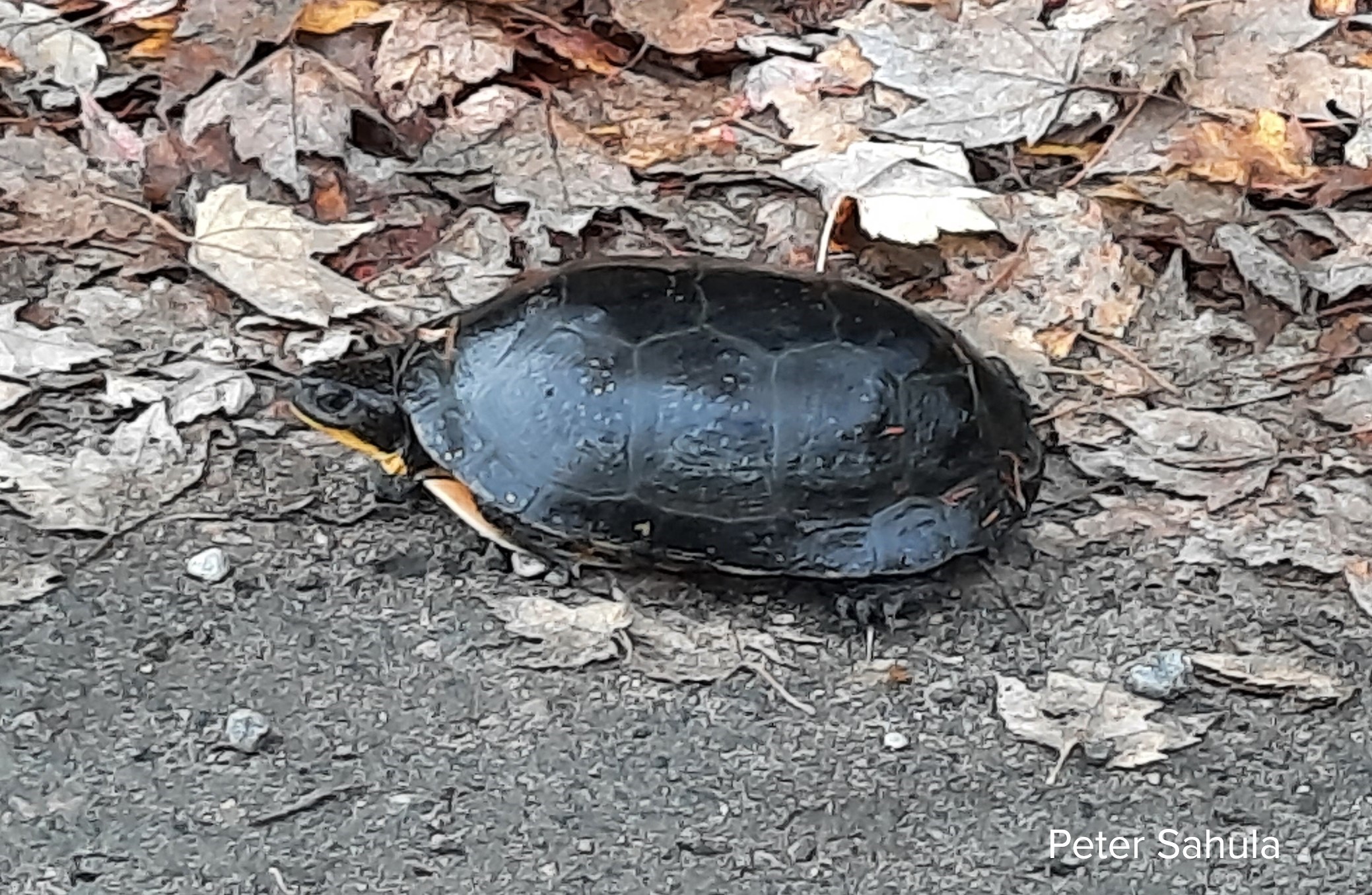 JULY 22, 2022 – We are working with citizens in Muskoka to protect three species of turtles and their nesting sites. They are threatened by a government plan to pave over 1,000 feet along the South Muskoka River bank near Bracebridge.

The destruction and paving of the riverbank and road shoulder would destroy vital habitat for many species. The Blanding’s Turtle, Snapping Turtle and Painted Turtle all nest along this riverbank. Last year, over 200 turtle hatchlings entered the South Muskoka River from the proposed construction area.

Destruction of the endangered Blanding’s Turtle nest sites is of particular concern. In part due to their delayed sexual maturity, Blanding’s Turtle “populations are highly sensitive to human-induced threats such as habitat loss,” as per the Toronto Zoo Conservation Breeding and Reintroduction program.

Bob Dyment, a Muskoka cottager since 1958, has been identifying turtle nests for more than a decade: “Turtles visit the same nesting site annually, and when that nesting site is gone, they end up on the roadways still looking for it,” he explains.

Over the years, Mr. Dyment has collected hundreds of records on turtle nests and that data is now being provided to the provincial environment ministry for their endangered species program.

You can support our work to save the turtles here.