Press Release: New research suggests Highway 413 & Bradford Bypass could have grave implications for communities in 905 and in the Greenbelt 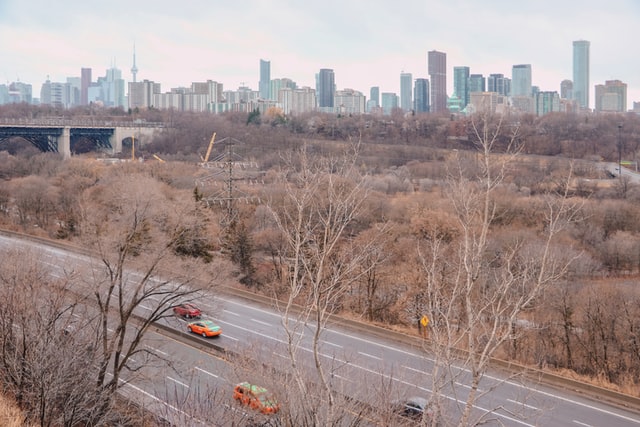 Impacts on residents, drinking water, climate targets, and farmland need to be considered as part of highway reviews.

Simcoe County, Ont. – New research maps released by Gravel Watch Ontario, Simcoe County Greenbelt Coalition and Environmental Defence suggest that the massive amounts of aggregates needed to build Highway 413 and the Bradford Bypass will be sourced from pits and quarries in the 905 and the Greenbelt. Mining these aggregates will have serious impacts on nearby communities and must be addressed in environmental reviews of the proposed highways.

According to the research, building the two highways will require approximately 3 million tonnes of new aggregate, and will increase truck traffic within affected communities by over 130,000 truckloads during construction.  The research and analysis shows that several communities within the 905 region are more at risk of becoming the future source of the highways’ aggregate because of their proximity to the proposed routes of the highways, the amount of potential aggregate available, and concentration of existing permits within particular areas.

Bryan Smith, Gravel Watch Ontario, has been long involved with local aggregate issues and knows what kind of burden this will place on the rural communities that could be affected.

“These highway proposals are being touted as a net benefit, but the communities where the pits and quarries would make a Swiss cheese of the landscape will not feel the same. From increased truck traffic, wear and tear on local roads, reduced air quality, to issues with groundwater, aggregate comes at a high cost to the host municipality and its residents. There is no net benefit. Consequently, many municipalities are asking the province to make aggregate pay their fair share.”

The rock, sand and gravel extraction and its impact on communities up to 50 kilometers from  the proposed routes is just another example of how the province is pushing forward these highway proposals without a full examination of their costs and impacts.

Tim Gray, Environmental Defence, is concerned that environmental assessments of the highways won’t be considering the impacts from required aggregate.

“The shocking scale of the aggregate needed to build these highways means impacts will be felt by communities across a number of regions. The federal and provincial governments have an obligation to assess and address these widespread impacts as part of a robust and thorough environmental assessment of the highway projects.”

The mapping research also showed that nearly 40 per cent of the aggregate sites likely to supply material for these projects are located within the Greenbelt. Expansion of those pits puts at risk the crucial ecosystem services the Greenbelt provides, such as clean water, fresh air, healthy food, and habitat for wildlife. These impacts of aggregate extraction on the Greenbelt are compounded by the fact that they are being used, in this case, for projects that run through the Greenbelt, and which will likely lead to increased development pressure on it.

Margaret Prophet, Executive Director of the Simcoe County Greenbelt Coalition, believes that the highway proposals are yet another example of how this government has targeted the Greenbelt on behalf of developers.

“We heard promises that “we’re not going to touch the Greenbelt,” and yet this government wants to run two large highways right through it.  The demand for aggregate, and the fact that much of it is likely to come from within the Greenbelt, only makes matters worse. The narrow focus on localized impacts creates a situation in which the Greenbelt is left vulnerable to a death by a thousand cuts. We need honest and transparent conversation. The impact of aggregate mining for these highways is a perfect example of this.”

The coalition’s research shows there is little that municipalities can do to protect citizens and ensure a healthy environment in the face of pressure from the aggregate industry.

Tim Gray adds, “The province is knowingly putting communities and the Greenbelt at risk from increased aggregate extraction to build destructive and unnecessary highways. And thanks to recently passed legislation, they have removed almost every tool municipalities used to have to limit or control these impacts. The communities located in these extraction hotspots need to be aware that if these highways go ahead it will impact them, even if they are far from the highways’ routes.”

ABOUT ENVIRONMENTAL DEFENCE (environmentaldefence.ca): Environmental Defence is a leading Canadian environmental advocacy organization that works with government, industry and individuals to defend clean water, a safe climate and healthy communities.

ABOUT GRAVEL WATCH ONTARIO (www.gravelwatch.org) : Gravel Watch Ontario acts in the interest of residents and communities to protect the health, safety, quality of life of Ontarians and the natural environment in matters that relate to aggregate resources.

ABOUT SIMCOE COUNTY GREENBELT COALITION (www.simcoecountygreenbelt.ca): The Simcoe County Greenbelt Coalition is a diverse coalition of 40 organizations from across Simcoe County and the province calling on local and provincial leaders to better protect our water resources, green spaces and farmland through smart growth and sustainable policies including expansion of the Greenbelt into Simcoe County.

For more information or to request an interview contact: