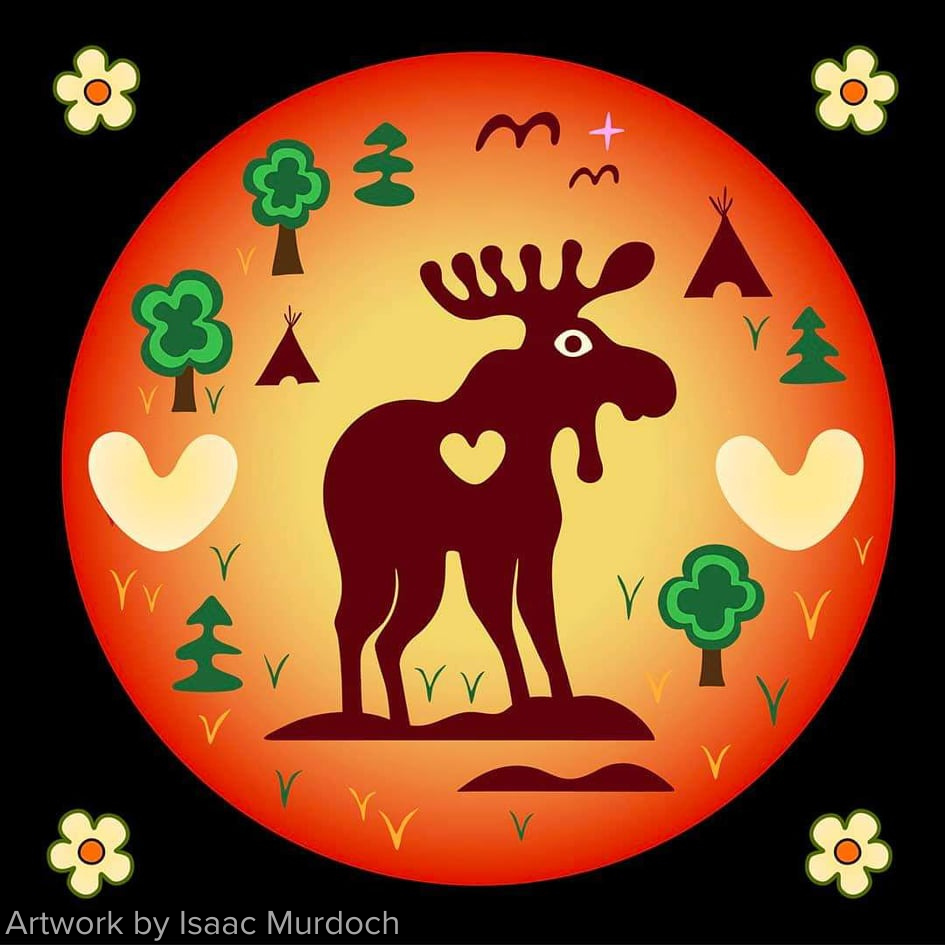 Outaouais, Quebec – An independent, community-led study has found that moose populations in La Vérendrye Wildlife Park are declining due to sport hunting and deforestation. The study was conducted by the Anishnabe Moose Committee (AMC), a team of grassroots Anishnabe people on whose lands the wildlife park lies.

The report will be released publicly on Friday, November 4 at 4pm via a simultaneous Zoom broadcast and live event in Montreal (details below).

To protect the moose, the AMC is calling for an extension of the current sport hunting moratorium in the park, as well as a halt to logging activity. They urge the Quebec government, which is currently preparing a decision on sport hunting in the park, to respect Anishnabe traditional governance and their right to determine how to protect the moose in their unceded territories.

The study involved extensive workshops and surveys in nine Anishnabe communities in the region. Elders, hunters, and Knowledge Keepers shared their observations and expertise about why moose numbers are declining.

“The moose are suffering due to colonialism,” the report states. “The moose are threatened by poor management of sport hunting and they are being over-hunted by sport hunters in La Verendrye and in the surrounding areas on Anishnabe territory,” it states. Some of the causes identified in the study include an over-abundance of sport hunters; problematic hunting regulations that allow for over-harvesting of female moose; poaching and wasting; and high-tech hunting strategies used by sport hunters.

The study also takes a hard look at the impacts of industrial logging on moose, which include habitat loss and fragmentation. Logging also exacerbates tick infestations, which are increasingly taking a toll on moose populations due to climate change. The study also found that discrimination toward Indigenous people impacts their ability to hunt moose.

Anishnabe people have cared for the moose for thousands of years and rely on them for healthy food, clothing, and ceremony. In 1950, the Quebec government established La Verendrye Wildlife Park on the unceded, traditional lands of the Anishnabe People. Since then, the study explains, Quebec has broken numerous agreements with the Anishnabe People, especially regarding hunting and logging. This has resulted in the significant drop in moose numbers observed in the study.

To protect the moose, the AMC is encouraging a sovereign approach in their territories. In addition to the moratorium on sport hunting and logging in the park, the report emphasizes the need for an Anishnabe-led moose management plan. “A moose management plan must be guided by our own communities, grounded in our own Knowledge and our relationships with our Moose relatives,” the study states.

In person in the Noviciat Room (Salle du Noviciat) in the La Cité-des-Hospitalières, 251 Ave. des Pins, Montreal. Use the entrance in the stone wall on Ave. des Pins, near the corner of Ave. du Parc. There is construction going on in that section of Ave. des Pins, but there is access through the construction site. For wheelchair access, a loading dock is accessible from the courtyard. Call or text us when you arrive so we can help you use this alternative access (514-546-3924).